I was raised by a geologist.

We took back roads and winding passes in search of isolated camp sites and undisturbed grounds.

I was always proud to take my dad’s collection of trilobites and quartz to show and tell.  I loved to hear about dinosaur digs and ancient mysterious beasts.

My parents were Christians, I wasn’t taught that evolution was the thing, but that God could do whatever He wanted.  Geology was another way to search Him out, to learn of His mystery and creativity. You can pick up a rock and feel it, throw it, lick it, toss it.  You may not know its history, but you can sense the weight and know it is genuine.

Theology, not so much.  It is easier to argue; less definite and more obscure.  One might interpret scripture one way or another and while it has history – there are languages to be translated and stories that seem… a bit far fetched.

Geology can be proved by stubbing your toe on a rock or climbing a mountain.

There is one thing geology and theologies have in common for me: Neither changes the work of the Cross.

You may believe the earth is only a few hundred years old… or millions.

You may believe drinking and dancing are mortal sins.

You may think there were dinosaurs on the ark, or that the ark is just a fairy-tale… [Tweet “I still believe in the work of the #Cross.”]

Certainly, we are curious.  We dig deep in search of answers.  We can sit in lecture halls or take pic and ax to dig up truths, long buried, and quite confusing.

We can sing hymns and shout amens and never fully embrace that which was bought for us in the completed work of the Cross.

There are long winded answers and journeys about the things we dig up.  There are sermons and podcasts and debates on the truth.  But for me, like I said… this is just me, it all comes down to the work of the Cross.

For when He died, so that I might live, I died with Him and was born again.  The Blood worked.  I have with Him a relationship… not a study or dissection. Peace and Joy that surpasses all understanding.  Understanding that reaches higher than the rock solid mountains, well beyond theological debates.

Currently, there is quite a bit of stone throwing. And I understand if you disagree with polling, politics, or morality.

Still, when did we as CHRISTIANS, stop believing in the completed work of the Cross?

It may be baby talk, and not the words of the greats, but I could have sworn that the teaching goes: Believe and you shall be saved. (Acts 16:31)

Correct me if I am wrong.

That means Bill, Hillary, Donald, Melani, Obama, and Michelle… yes, each of them – the skirt chasers, the cheaters, the emailers, the liars, the low-down and the dirty, who profess a belief in Jesus Christ… are saved.

And while Bill gawked at the new first daughter, Hillary lamented her disdain, and a tycoon with a renegade record was sworn in and Michelle rolled her eyes at his speech, human eyes see folly but Christ sees the redeemed.

Please, guffaw… but who are we to say?  What of their sins is so much more atrocious than yours or mine? For isn’t this the very thing Jesus Christ said to us?

And do we not believe Him?  That He is enough.  That He is the way, the Truth, and the light?

Do we not believe that He can do whatever He wants and bring power to whomever He chooses?

My son will leave on March 21 for Marine boot camp.  I was raised by a geologist, who once was a sailor, who was raised by a sailor who fought for this country.   A country built on solid rock, freedom, and the Word.

But I cannot trust in the cerebral – geology or theology – to protect my boy as he leaves to fight for that which he believes in. However, I can certainly trust in the Living God I taught him about.

Spout ancient scripture, no matter which context you choose.

That freedom was bought for you with the blood of heroes.

Your salvation was bought by the completed work of the Cross. No matter your belief on the age of the earth, your political affiliations or the damaging effects of dancing on today’s youth, surely it is time for we as Christians to unite in the fundamental belief in the completed work of the Cross.

Neil Armstrong once said, “Geologists have a saying – Rocks remember.”

Dear Brethren, be like the rocks… remember the work of the Cross.

Truly he is my rock and my salvation; he is my fortress, I will not be shaken. Psalm 62:6 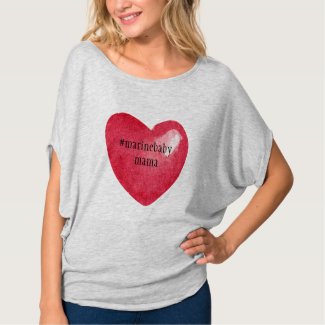