It’s a Shame You’re Enormous, You Have Such a Pretty-Face…

It’s a Shame You’re Enormous, You Have Such a Pretty-Face…

It’s a blessing and a curse.

Although, of all the cruel things ever said to me the one that still reverberates in my soul took place at a summer camp where I worked after high school graduation.

A young girl name Twyla, with a gift for saying everything inappropriate, was hanging on me with a multitude of other smelly 11-year-old girls.  Some pawed at my waist long hair, others asked questions about boys, high school, French-kissing, getting to drive, and how I was able to achieve such an even tan.

Unfortunately, since I divulged my tanning trade secret of baby-oil, iodine, and basking in the most treacherous UV intense hours of 2pm-5pm, I am probably reasonably responsible for an outbreak of skin cancer among 36-year-old women from the West Texas area.

But as Twyla tugged and braided a long, thick, strip of my “Sun-In” bleached locks she said something that has stayed with me ever since…. “You are like a Barbie Doll, you are so beautiful, well… except for your terrible chin acne.”

Pride goeth before the fall; self-esteem goeth immediately after you meet Twyla.

The other girls gasped.  They quickly covered her “uncouth” statement with a wealth of compliments.

Their efforts were futile.

Too late to take it back, too great of a wound to bandage shut.

The truth was my acne was a miserable and ongoing battle.  Unbeknownst to Twyla the talking head, I had missed school, sat in my car and sobbed, and worked extra shifts at Lerner’s in the mall to pay to have my face sandblasted and suctioned.

Alas, my chin was usually heavily masked with layers of concealer and foundation as it just wouldn’t clear up.  From harsh antibiotics, skin peeling ointments, and poisons to radiate it, my skin was my Achilles heel.

And please, don’t comment with pity… I am not asking for solace.  More, I am rekindling a moment in time that has lasted a lifetime.  The little girl knew know better than harsh honesty.  My acne is a semi-distant memory… however, when anyone asks now how I look so young I proudly boast, “Chin-acne, nothing says fountain of youth like a pubescent break out now and again.”

But recently as I sat across from a dear friend who sobbed into her non-fat, super skinny, hold all the calories, double, triple, vegan, twice on Tuesday, extra hot mocha latte… I remembered Twyla and choked.

My friend, who agreed to let me tell her story, had recently been cut off at her plus sized calves by a fellow church choir member’s “passive aggressive” remark… “I am certain you don’t want to do the solo in front of the congregation, I mean, you have such a pretty face, but you are soooo obese.”

Twyla was 11, this attacker was no less than 48 with the fleshy-stretchy jowls of a 60-year-old.

Had my friend been gleefully unpleasant, or lacking a bit of decency perhaps she would have slain the bitty with some clever banter about the ugliness that is projected when someone is jealous of your angelic voice.  But that is not who this friend is… Thank you, Jesus.

Instead, she passed the opportunity to praise and handed the spotlight to Cruella, killer of dreams and puppies.

And it cannot be undone.  There were no words that I could say to talk her off the permanent ledge of believing she was beautiful….but.

I am sorry but…

You are gorgeous but…

[clickToTweet tweet=”He is for the broken and the broken-hearted. He came not to condemn. He sees you as perfected.” text=”” username=”jamiamerine”]

Here among the walking wounded we are not only victims but predators.  Lord, I know I have made this mistake, whether on purpose or not, at some point.  Sure as sunshine, I wonder who I hurt? I grieve that my words somehow left a permanent scar on the back of someone whom I either loved, hated, or both.

Jesus, your mercy is all that I have to cling to.

When I am down for the count, broken and broken out, you are my strong tower.  While I cannot undo the hurt that I saw on my breathtaking friend’s face… You can.

I can tell her she is glorious, that the first thing that I see when I look at her is her beautiful smile, naturally curly hair, and radiant soul.

But the attack lingers.  The enemy picks at the freshly formed scab and the hurt never stops oozing.  Battle ready, it is not I that can’t muster the strength to combat his lies… it is my Knight in shining armor who does it best.

The world in its folly, measurements, weights, and scales seek to knock me down and keep me there.  But the truth of who I am in Christ cannot be denied.

I wish I was thinner, firmer, and smoother.  I don’t love me like I am.

He is for those who say stupid stuff and is gentle in conviction… and He with those who are stumbling to apologize.

He came not to condemn.  Make no mistake that is NOT HIM who is listing your shortcomings.  He sees you as perfected – the promise fulfilled in the sacrifice, death, and resurrection of the flawless Lamb.

The hurt might fade, the memory might be distant but the Lord that created you, who died for you while you were still a sinner, is smitten with you and sees nothing but His darling.

Never does He speak the words, “I love you but…”

Only does He ever purr…. “I love you still… my precious gorgeous girl.” Be sure and check out my sister’s and my new Podcast, The Easy Wife

And check out the sacred sticky Zazzle store!!! 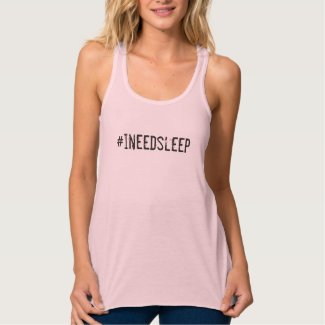