She hadn’t been able to sleep.

So she decided to tinker with some thread. This was mindless, yet fulfilling.  Her thoughts were jumbled with legend, and what she craved to be true.

Rahab would have to be up and in the kitchen, in just a few hours  The house was entirely still. Well, she could hear her father’s familiar wheezing snore echoing from down the corridor.  She loved that sound. Although her mother and sisters found it a nuisance.

Rahab noted it was the comfortable sound of home.

Her father would wholeheartedly be horrified by what she had done.  Hiding the young Israelite men on the roof was beyond dangerous. Sneaking them out the window, suicide.

All of her life she had heard tales of the God who separated seas, destroyed an army and was capable of mysteries beyond her comprehension.  The mere idea of His sovereignty and power intrigued her.

Although He was not the god she teethed on, Rahab felt confident she was correct in helping the spies who wandered into her inn in search of rest.

Truly, this was bold.

When the officials came to inquire about them, she had somewhat, brazenly sent them on their way, professing they had missed them.  Why?

Well, partly because Rahab took offense to the intrusion.

But, mostly because she believed there had to be something… something that would save her and her family from the doom she felt was drawing nearer with every twist of flax thread around the crickety old loom.

She missed a loop and snared her finger in a knot in the jagged linen string.  Catching the gasp in her throat, she whimpered at the slice. Rahab stood to wash the fresh wound in the bowl of water by the window.  The night sky barely illuminated the blood that diluted in the wash.

The town below her window was oblivious.  Of course, it would stay that way long after dawn.  But she believed the men she had hidden on the roof, were there for a reason.

Actually, Rahab believed in something that she had no real proof of.

Something that kept her awake, and somehow, brought her some odd sensation of hope. 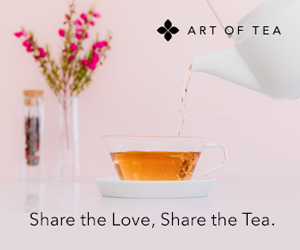 Rahab wrapped her injured finger in a piece of cloth and took a minute to stare at the red rope tied in the window.

They had promised.  The two young men had assured Rahab she and her family would be spared when the Israelites returned to claim the land.

She wondered if anyone from the town would notice the flaming red cord dangling down the length of her home, and question its relevance.

Its deeper meaning, a future for Rahab and her family, children she had not borne… a future, outside of these walls, the gravity of her destiny was wasted on her.

[bctt tweet=”Go Rahab.  Go me. And Go, you who choose to believe. #faith” username=”httpstwittercomjamiamerine”]

She couldn’t begin to comprehend what she was to be a part of. Still, she had faith in something.

She heard the clamor of soldiers in the street below and her heart quickened.  They had probably returned from searching for the spies. Rahab peeked out to see if they had succeeded.

Unable to see the men she had helped, she inhaled relief.  Perhaps they made it safely back to their camp? Hopefully, they did and they would remember their promise.  Certainly, she had been disappointed by men before.

And yet, Rahab still believed they would return, an army with them, and spare she and her family.

Rahab had nothing but a sensation in her gut, that this was the beginning of something grand.

She decided to start the day.  It was important she tended to business as usual.  Indeed, she was quite the actress. Two voices battled in her head as she tied back her thick black tresses.

One, sounded just like her.  It chanted doubt. “Who do you think you are? This is nonsense.  You have done it this time… liar, cheat… harlot.”

The other voice was the one she rallied to attend to, it was much more quiet.  The voice, the one that prompted her to trust and believe, that is the voice she stopped to ponder.  “Patience. Believe. I love you. I want you to be a part of this miracle. You are set apart, I chose you for this.  Believe.”

Rahab smiled.  Tying off the last strand of wild ebony hair.  “I believe,” and said out loud to the empty room.  She ran her hand over the cord still hanging out the window and turned to face the day.

I was taken down a rabbit hole midway through this composition.  Who was Rahab, hotel owner or a hooker? I read and watched a dozen things.  Finally, out of frustration, I opted for a mineral bath.  Because when all else fails, take a bath.

Soaking to my chin, I wondered why I decided on this heroine.

And I grappled with skipping Rahab and moving on to someone else.

But this was my conclusion, it is by faith we are counted righteous.

It is by faith I have been moved to battle the rational and cruel side of my brain.  The place where my shortcomings are categorized and my failures are listed in gravity and alphabetically,  It is all well documented.

And this is where I found her relevance. Rahab, couldn’t have been a more admissible candidate for contributing to why I believe.  I reached out to a good friend to help me sort through some of what I was processing. She provided me with much help, and as I suspected, the historical facts and documentation that moved me to continue.

Rahab had none of this help. She had no written documentation, YouTube videos, or counsel.  And that was most significant to me.

Her eyes had not seen, her ears had not heard. She couldn’t message anyone to confirm her.  And she had no community to encourage her, “this is what you should do.”

No, Rahab had only the hope of a God who saves.

She chose to believe in something she was not taught as truth.  And she neglected the law, rule, and rationale, in order to follow the quiet voice that prompted her.

The world outside my window has formulas for overcoming my circumstances.  It is entirely plausible some of those methodologies work, still, I believe in something unseen.  I believe in the same God that Rahab did. Something that bubbles up and encourages me to chase after the uncommon.  Follow the quiet, trust in the unknown, and buckle up for something I cannot even fathom.

Go Rahab.  Go me. And Go, you who choose to believe.

Check out our newest podcast and please visit our Patreon page to support this work and many to come!

Read Rebecca’s post on Sleep Problems with Your Kids here.

And read my latest post on Himalayan Salt here.